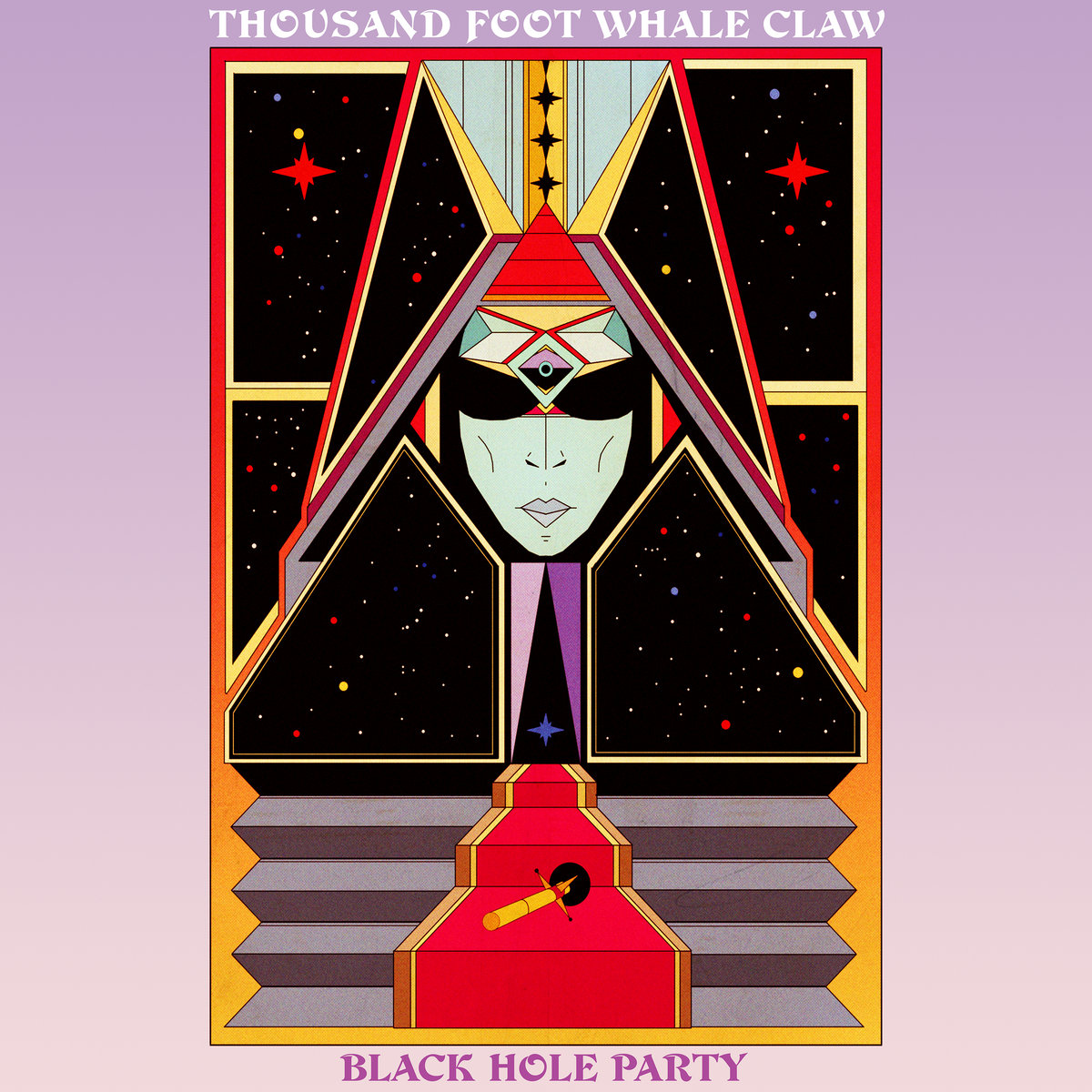 On Black Hole Party, the polished structure and acute development of all six tracks is distinct and tangible, making this record more composed than any of their previous releases. Propulsive songs such as “Deridium Rail” and the album’s title track are driven by four-on-the-floor dance beats and arpeggiated synthesizers, contrasting songs like “Genesis Effect” that predominantly features the natural tones of 12-string acoustic guitar and harmonium. The wide variety of sonic flavors is reflective of TFWC’s vast musical tastes, refusing to settle on one approach and allowing the band’s idiosyncrasies to shine regardless of genre. To classify TFWC as an instrumental psych band is only partially accurate, however there are a lack of proper terms to fully encapsulate the band’s broad scope.

Black Hole Party is the latest and brightest collection of songs from Thousand Foot Whale Claw, meant to be enjoyed in a multitude of environments for all fans of expansive listening.