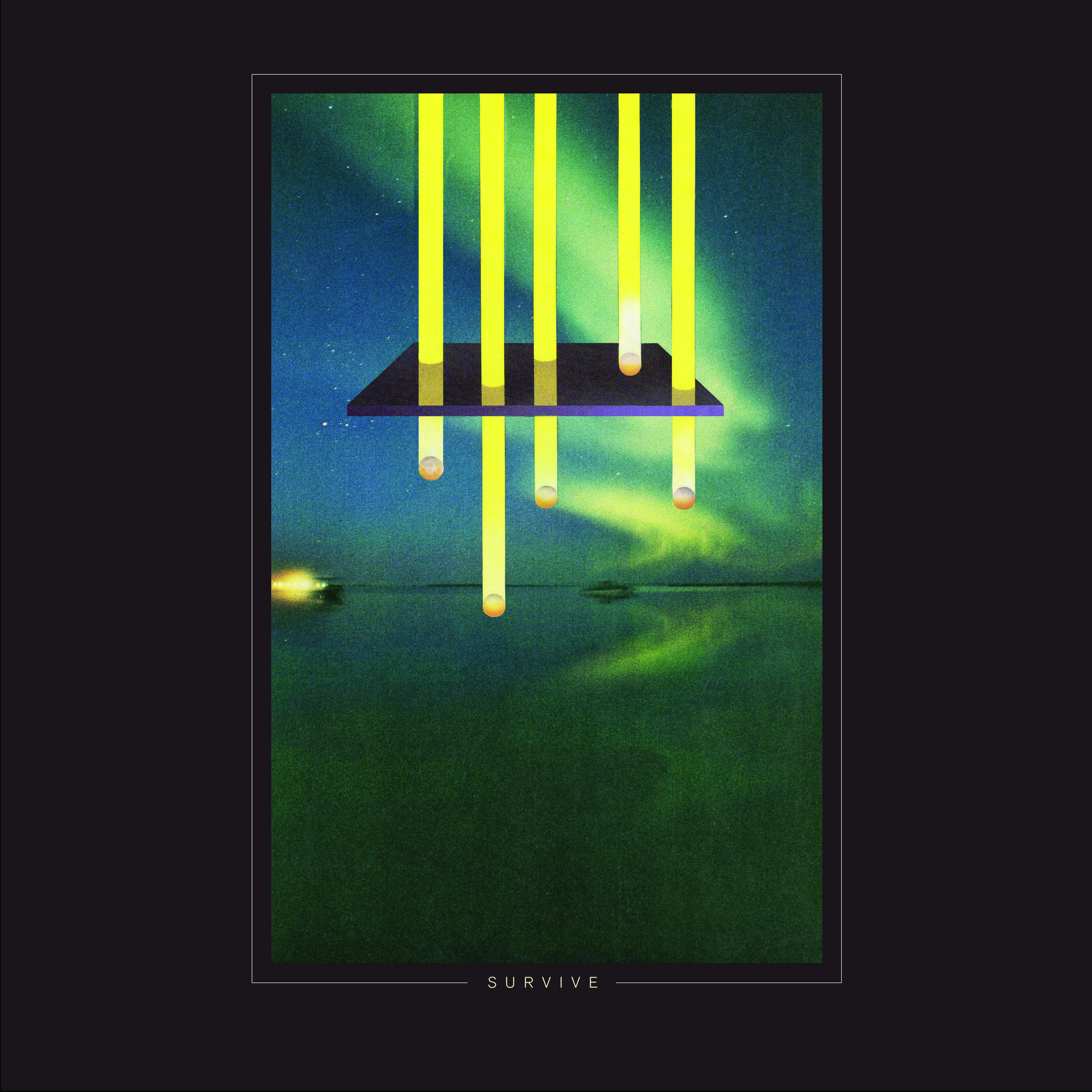 Austin instrumental electronic quartet S U R V I V E return with their long awaited second full length, HD037 (aka RR7349 on LP and CD via Relapse). Since the release of their 2012 debut LP (originally released as MQR026 on Berlin-based imprint Mannequin), the popularity of the band’s mood driven tone-scapes has been self-perpetuating. After multiple re-presses of the first LP with selected tracks making an appearance in the 2014 Adam Wingard film The Guest, two of the group’s members recently scored the hit sci-fi/horror TV series Stranger Things starring Winona Ryder on Netflix. HD037 once again brilliantly showcases S U R V I V E carefully crafting an expansive new repertoire of studio work for eager fans of synth laden sound design and cinematic darkness to savor and enjoy.

Since 2009, S U R V I V E ‘ s focus on composition, arrangement, and tonal quality has made them local favorites among Austin’s dense electronic community. Their extensive and often rare discography of 12”, 10”, and 7” EP’s, singles, and mixtapes can be hard to find and mostly out of print. This prolific output is the result of the quartet’s collective hoard of new and vintage electronic equipment, which is used to create their vast palate of colors and voicings. The signature shape and sound on HD037 is unmistakable, with the band’s production style drawing character and personality out of every song element on the record. Deep, growling bass lines rhythmically interplay with rapidly evolving sequences on tracks like “Copter” and “Highrise” with a discerningly thorough depth of thought and detail. Songs like “A.H.B” and “Wardenclyffe” utilize gritty, tape delayed percussion to punctuate the lavish string patches and beautifully constructed lead melodies that move each piece forward with a narrative precision. Although S U R V I V E is electronic music, the project maintains the fullness of an ensemble production. This is embodied in the band’s infamous live act consisting of towering stacks of hardware synthesizers, drum machines, effects, and amps supported by an amazing custom light show and thick, industrial amounts of fog. Recorded and produced by the band’s own Michael Stein out of Omniverse Studios in Austin, HD037 continues to enhance the haunting crux of S U R V I V E while honing their ability to orchestrate meaningful, ominous emotion from sound.