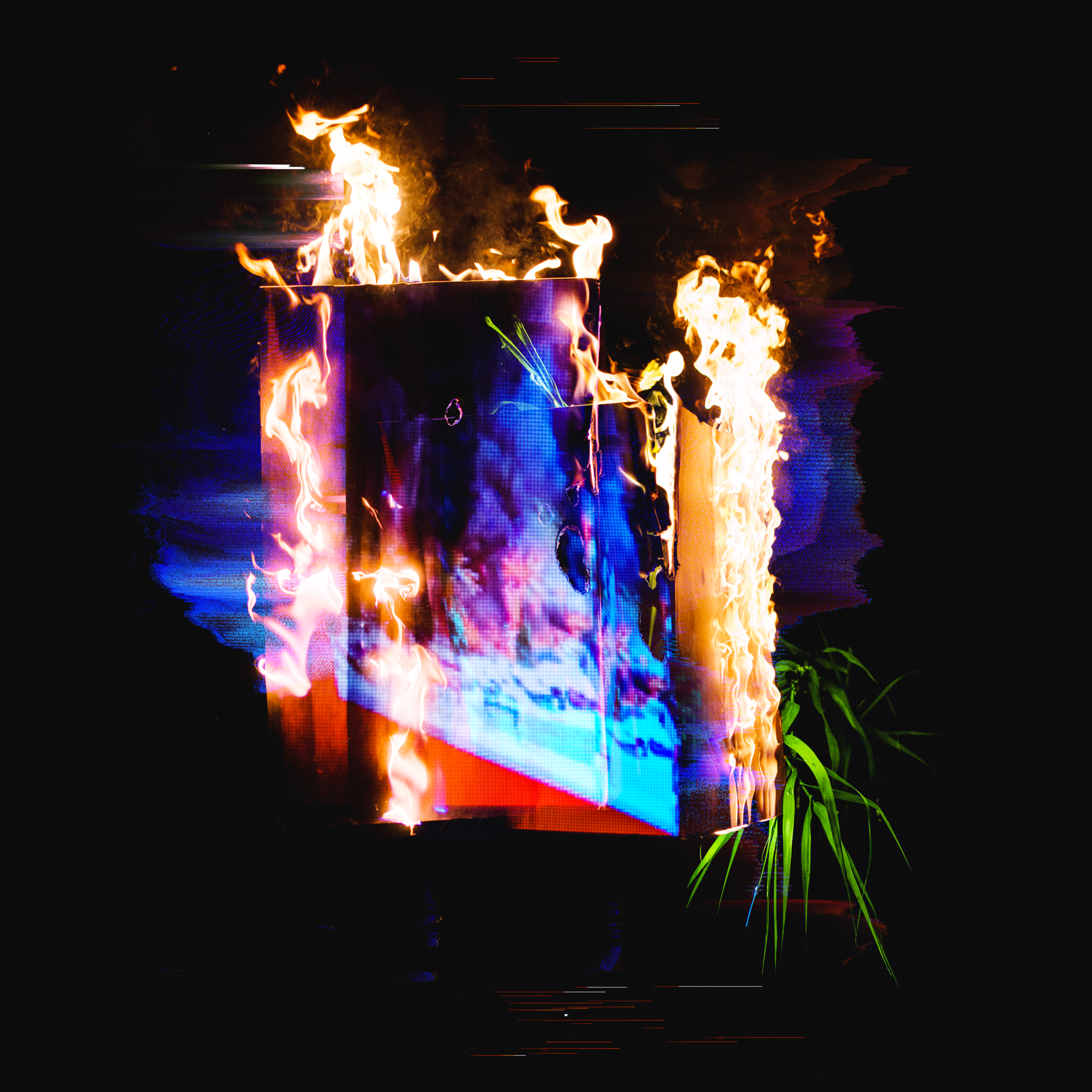 Hailing out of Brooklyn, abstract pop duo LACHANE makes an exquisite Holodeck debut with their self-titled cassette out February 9, 2018. LACHANE’s unique use of industrial trap beats and chopped & screwed vocals offers a fresh take on contemporary electronic music. Lead by producer and singer Melissa Cha, LACHANE rejects all things upbeat in favor of drudging, half-time rhythms and slowly melting synth and guitar tones. LACHANE’s songwriting embraces hopelessness as a method of expressing beauty and has found a compelling union of ominous mood and dense texture.

Before their relocation to Brooklyn, LACHANE formed in 2015 out of the deep synth community of Austin when Cha bonded with guitarist Ryan Garl over their backgrounds in ambient music and mutual love for rap. As a result, booming sub-bass, blown out snares and bursts of hi hat triplets are the hall- mark of almost every song. Cha approaches vocals like a multifaceted instrument by stacking layers of re-pitched samples and ghostly whispers underneath her live singing. Cha’s elegant voice is instantly soothing, grounding LACHANE’s compositions while allowing the instrumentation freedom to mutate and decay. Garl’s bleak guitar work blends perfectly with the complex arrangements of percussion and se- quenced analog synth melodies. Every element of

LACHANE’s new self-titled debut has been carefully crafted or destroyed to compile an engaging collection of heavy and inspiring pieces.

Songs like “Fandeath” and the first single “Ideal-I” are cathartic ballads that are tenaciously catchy despite their mournful overtones. LACHANE’s dark palette brings richness out of minimalism by utilizing a thick array of treatments and processing. The gnarled samples and sound effects on “Yellow Dust” and “Cramp” construct vast and brooding soundscapes that are deliberately creepy yet undeniably alluring.

There is an undercurrent of creative brilliance throughout all eight tracks of LACHANE’s haunting self-titled debut. Their raw and original style makes them a standout addition to the Holodeck roster.