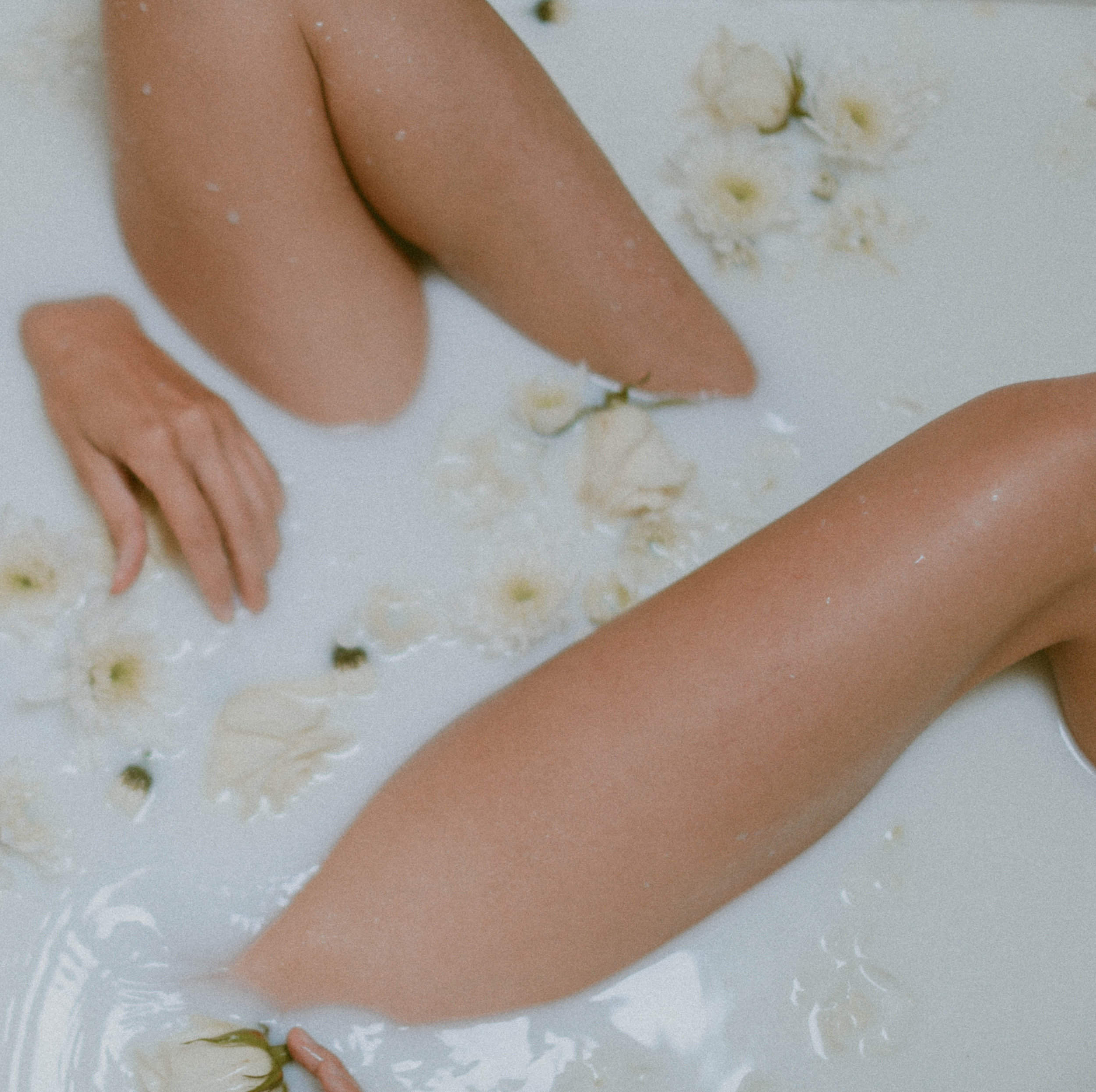 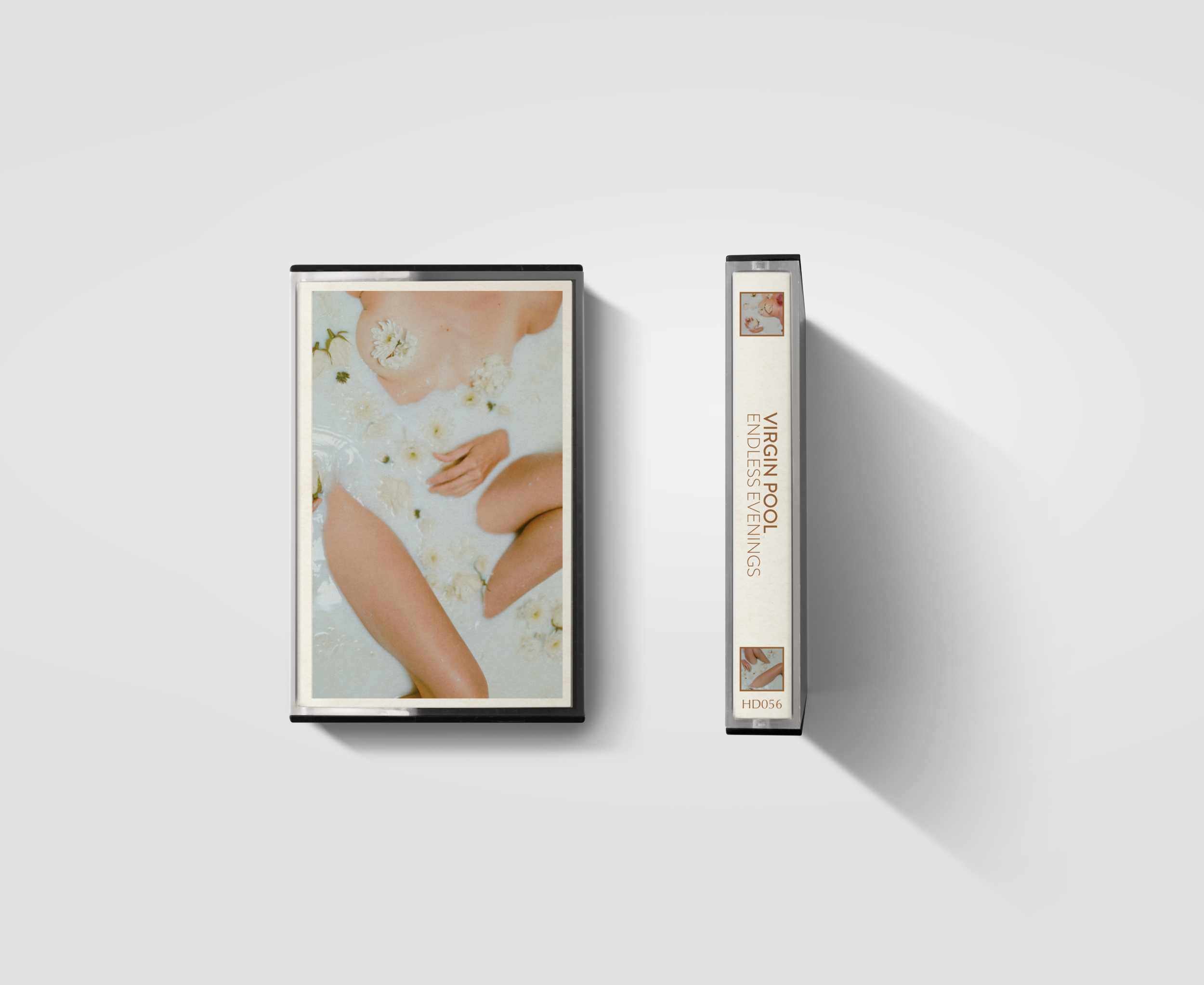 Virgin Pool is the new solo moniker of Los Angeles-based singer-songwriter Christine Aprile, who makes her debut with the intrepidly captivating Endless Evenings EP out April 19th, 2019. Aprile’s lifelong musical evolution as a composer, producer and multi-instrumentalist has led her to a reflective and highly personal incarnation in Virgin Pool. Through the graceful arrangement of acoustic guitar, minimal electronics and layers of softly encompassing vocals, Aprile reckons with the magnificent and turbulent landscape of her own transient world. Her poetic deconstruction of desire and the Self gracefully accentuates the vulnerable tenor of Endless Evenings and cements the arrival of Virgin Pool as a profoundly gifted musician and songwriter.

Raised in suburban Indianapolis by a family of accomplished musicians, Aprile was trained from an early age in classical guitar and singing. She began writing pop songs and ballads in adolescence, but after moving to Cleveland to attend film school, Aprile found herself inspired by the outsider music of the Midwest noise scene. While studying filmmaking, Aprile was compelled to write the scores and produce the sound effects for her own projects, focusing and sharpening her skills with synthesizers and sound design. After graduation, Aprile relocated to Austin and became deeply intertwined in the local music scene that produced bands like Stranger Things/S U R V I V E, Pure X, Sleep∞Over, BOAN and Troller, including fronting the synth-pop duo, Silent Diane. After a few stints on guitar with touring bands, Aprile moved to Los Angeles and reconnected with her love for playing and writing on acoustic guitar. Virgin Pool became her therapeutic outlet for longing and loss, using stripped-down arrangements to gorgeously grapple with her most tempestuous inner struggles.

Endless Evenings is the evocative introduction to the language of Virgin Pool. Through her exquisite abilities and distinct, exploratory lens, Aprile humbly reconstructs the traditions of melody and verse. “Keeping Still” displays her departure from classic song architecture, instead favoring a dramatic journey of consciousness rife with penetrating self-examination. This fluid mental state is held together by nimble guitar work and sculpted ambient embellishments that give her stark method of expression vivid character and honest intimacy. The lyrics of “Sweet Decay” feel like a private conversation with Aprile, revealing a dense set of emotions that are both lucid and abstract. Her remarkable vocal performances throughout the EP are decisively paced to unburden each phrase in tandem with Aprile’s cascading tides of thought and dynamic articulation. Gently floating harmonies rise to heighten the essence of her words and intensify the tension within her own resonant timbre, as Endless Evenings embodies the refuge Aprile seeks. Her acute ear for voicing and production allows Aprile to enrich each song element to further the experience of her music as a whole. This complex balance of depth and design is formed with an intuitive understanding of human flaws and interconnectedness, compelling an instant and spiritual attachment with Virgin Pool.

Suspended between catharsis and remorse, Aprile has carefully crafted a unique identity as Virgin Pool. Her extraordinary convergence of musicianship and talent makes Endless Evenings an unparalleled introduction, compassionately depicting the internal shadow of us all.