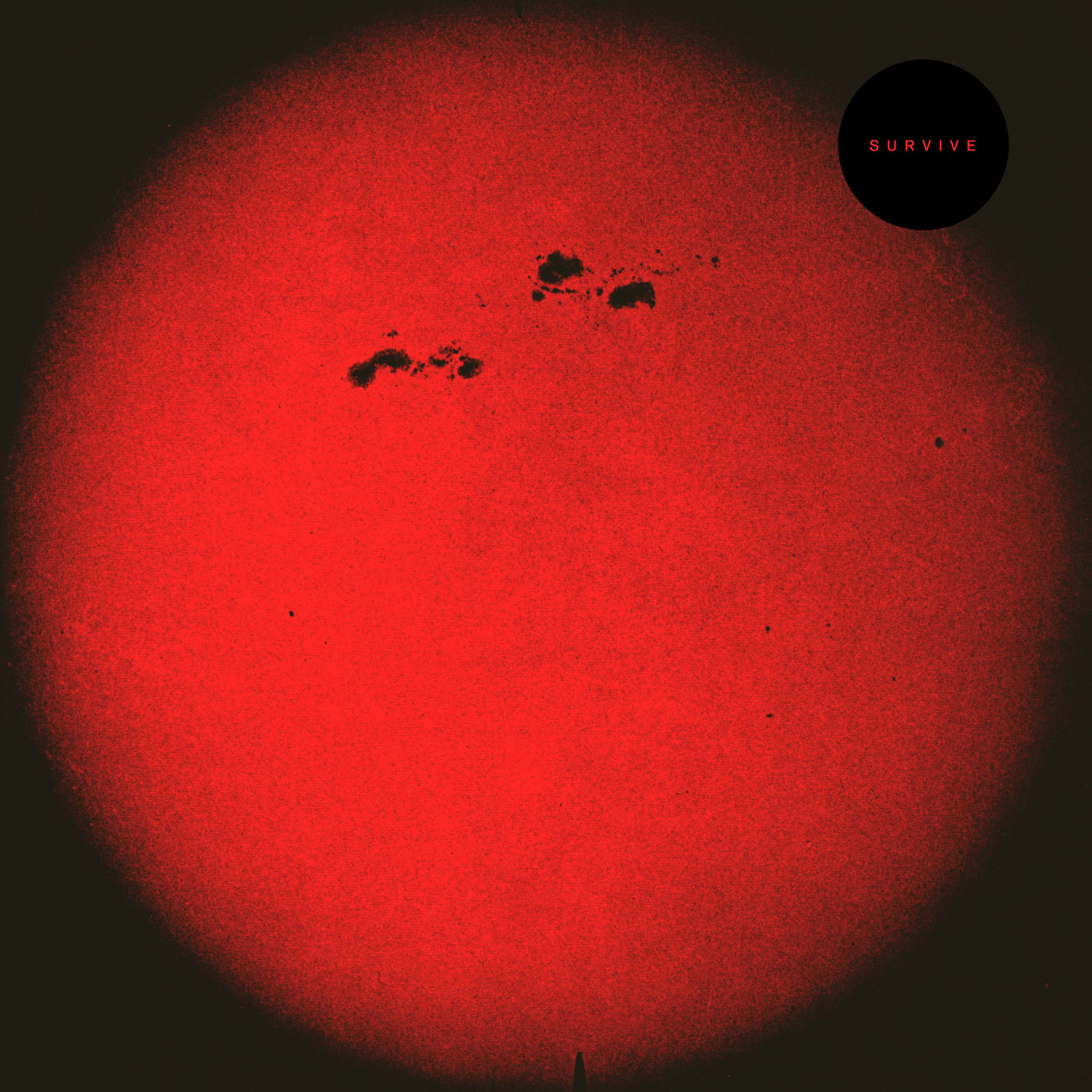 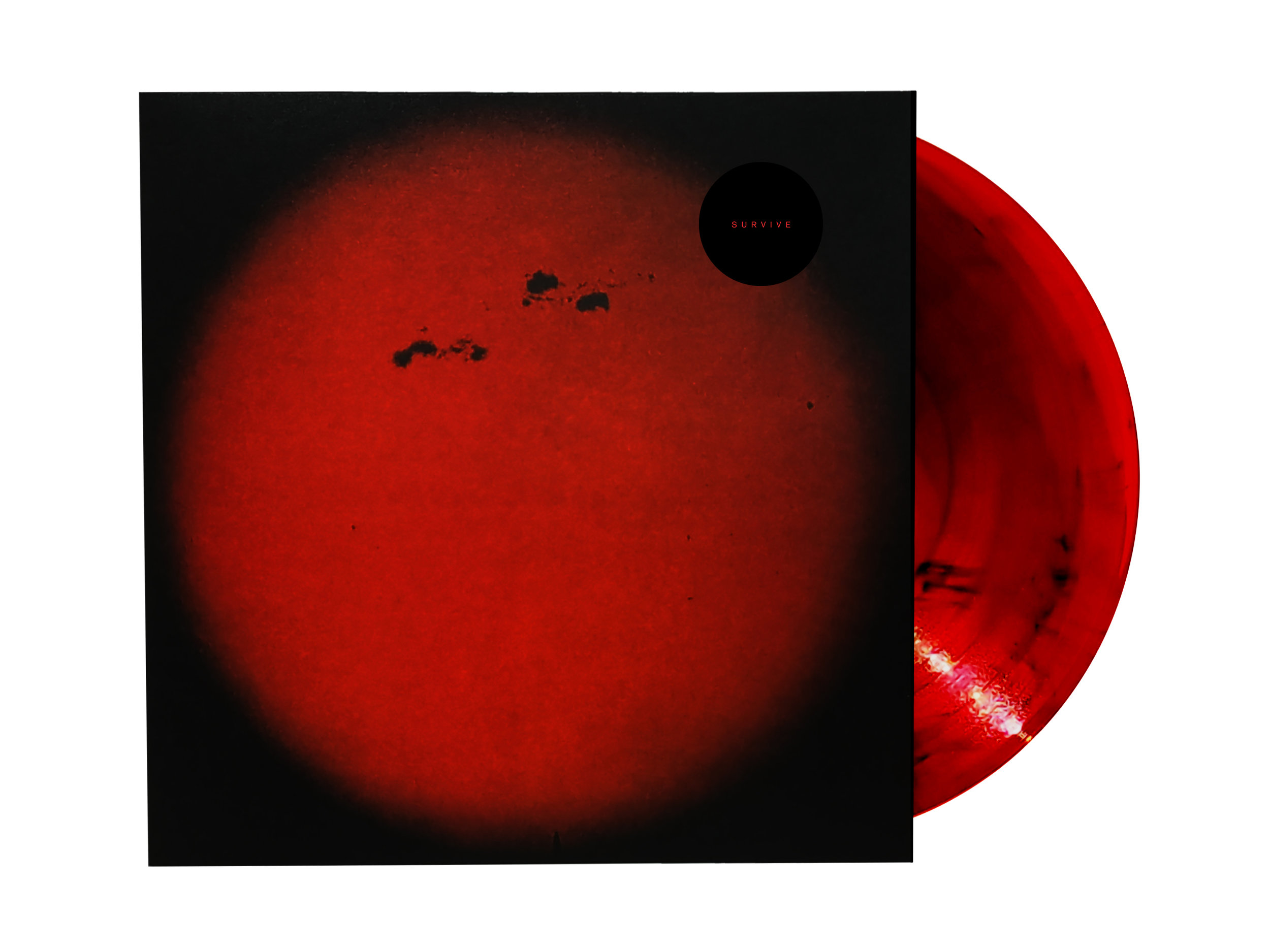 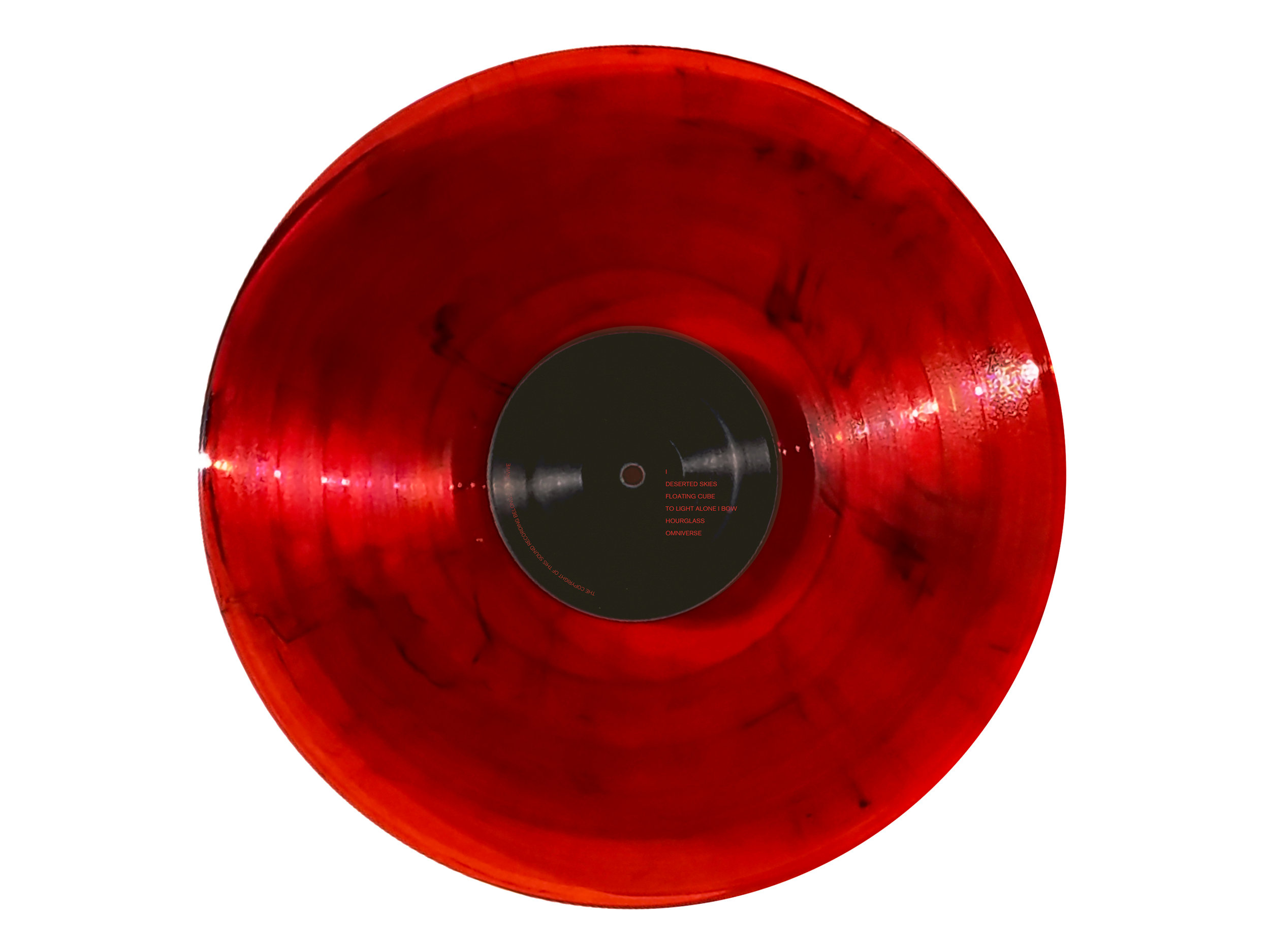 Available once again, the 2012 debut full-length from Austin-based electronic quartet S U R V I V E is back in stock! All previous LP pressings are completely sold out, and now this modern classic is revived with special limited edition red & black alternative artwork and colored vinyl. Featuring Kyle Dixon and Michael Stein (composers behind the Grammy nominated score for T.V. series Stranger Things), the band has enjoyed a giant surge in notoriety and interest on the heels of the show’s popularity. This record chronicles the early days of the group as they developed and refined their familiar yet original style of soundscapes at the band’s own Omniverse Studios in Austin from 2010-2012.

This record’s full spectrum of synth-based composition marks the culmination of countless studio sessions crafting a remarkable balance of songwriting and experimentation. The band’s signature sound is achieved with a combination of vintage and modern synthesizers that are performed and recorded live in the studio then carefully processed. S U R V I V E’s uncompromising standard in sound design manages to draw character out of every enriched sound wave before joining the mix.

Originally released in 2012 on Berlin-based Mannequin Records, S U R V I V E ’s premiere is a fusion of reserved minimalism and lucid hooks. Ambient pieces such as “To Light Alone I Bow” and “Deserted Skies” are beautiful hybrids of harmony and tension that represent the record as a multifaceted work of both mood and melody. In contrast, the cold and brutally propulsive pair of singles “Hourglass” and “Omniverse” are strikingly addictive, making their way onto the soundtrack of the 2014 feature horror film The Guest, directed by Adam Wingard.

Holodeck Records is proud to once more re-issue this accomplished and thorough work on 150 gram, translucent red with black swirl vinyl, and new red & black artwork. This edition of 1,500 is out April 21st, 2017.