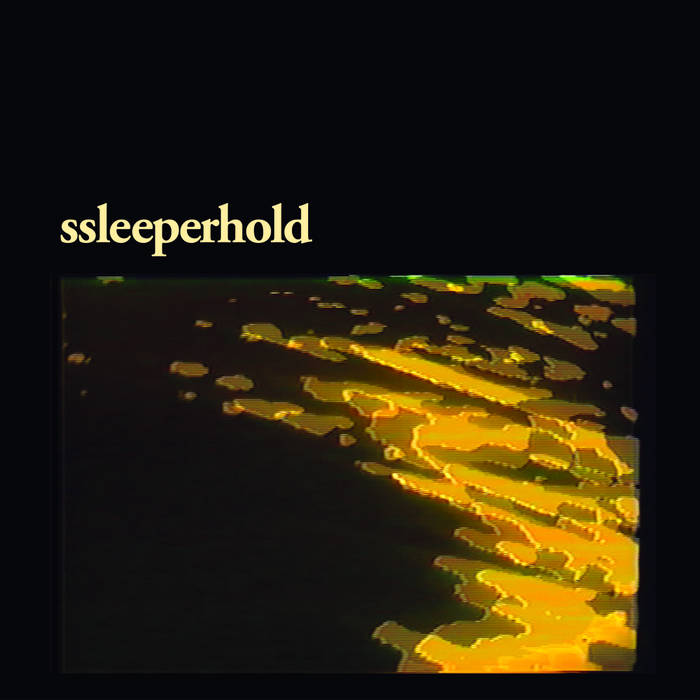 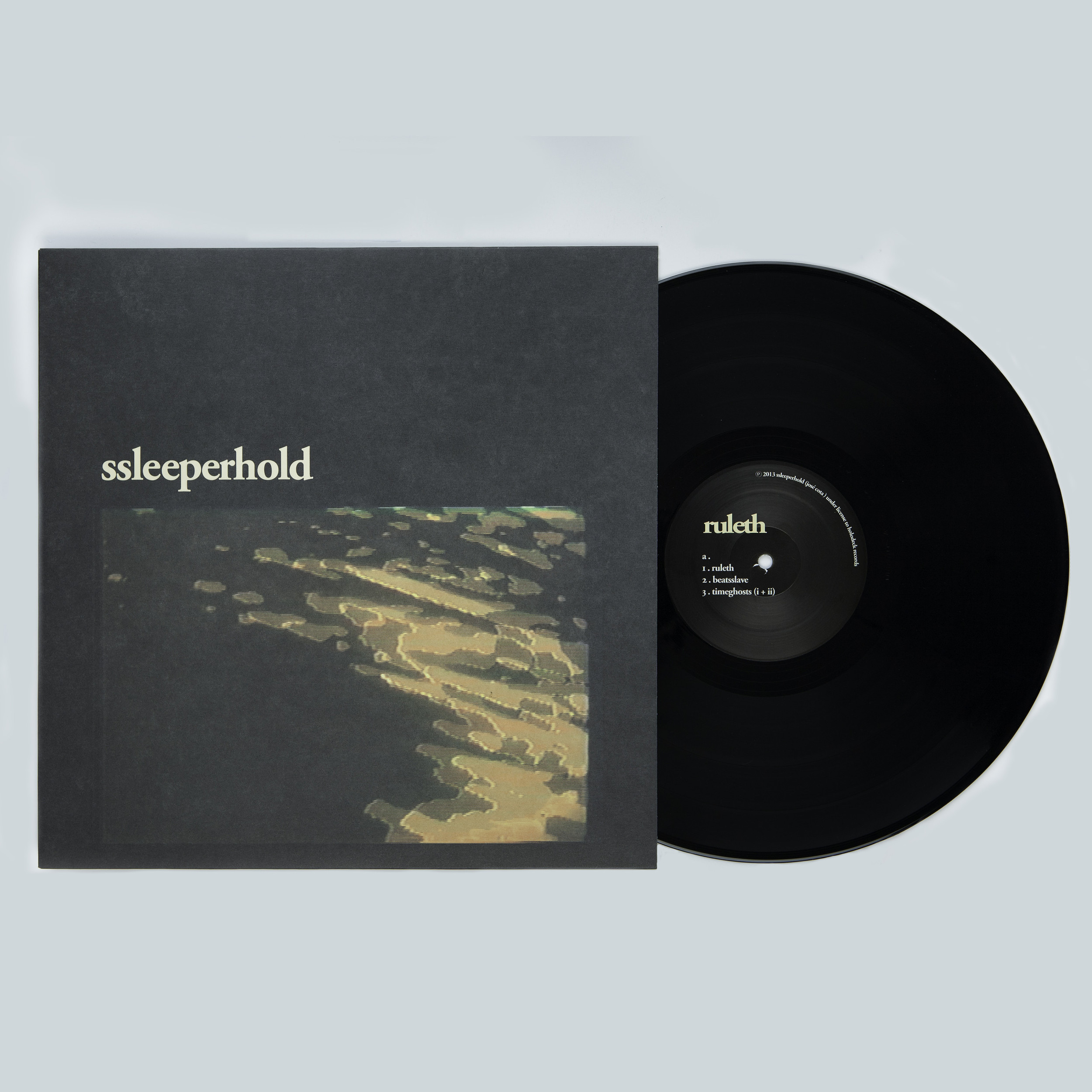 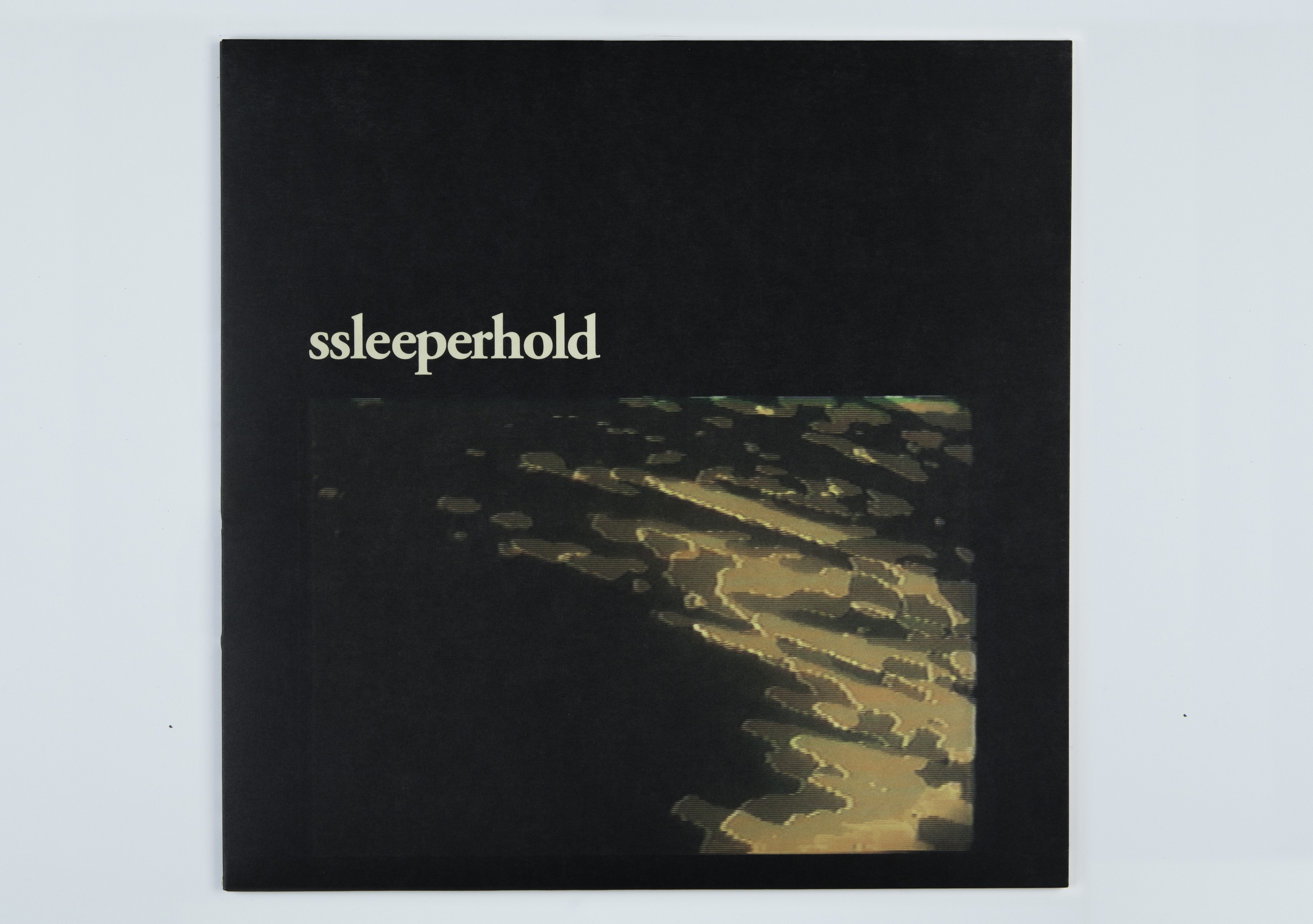 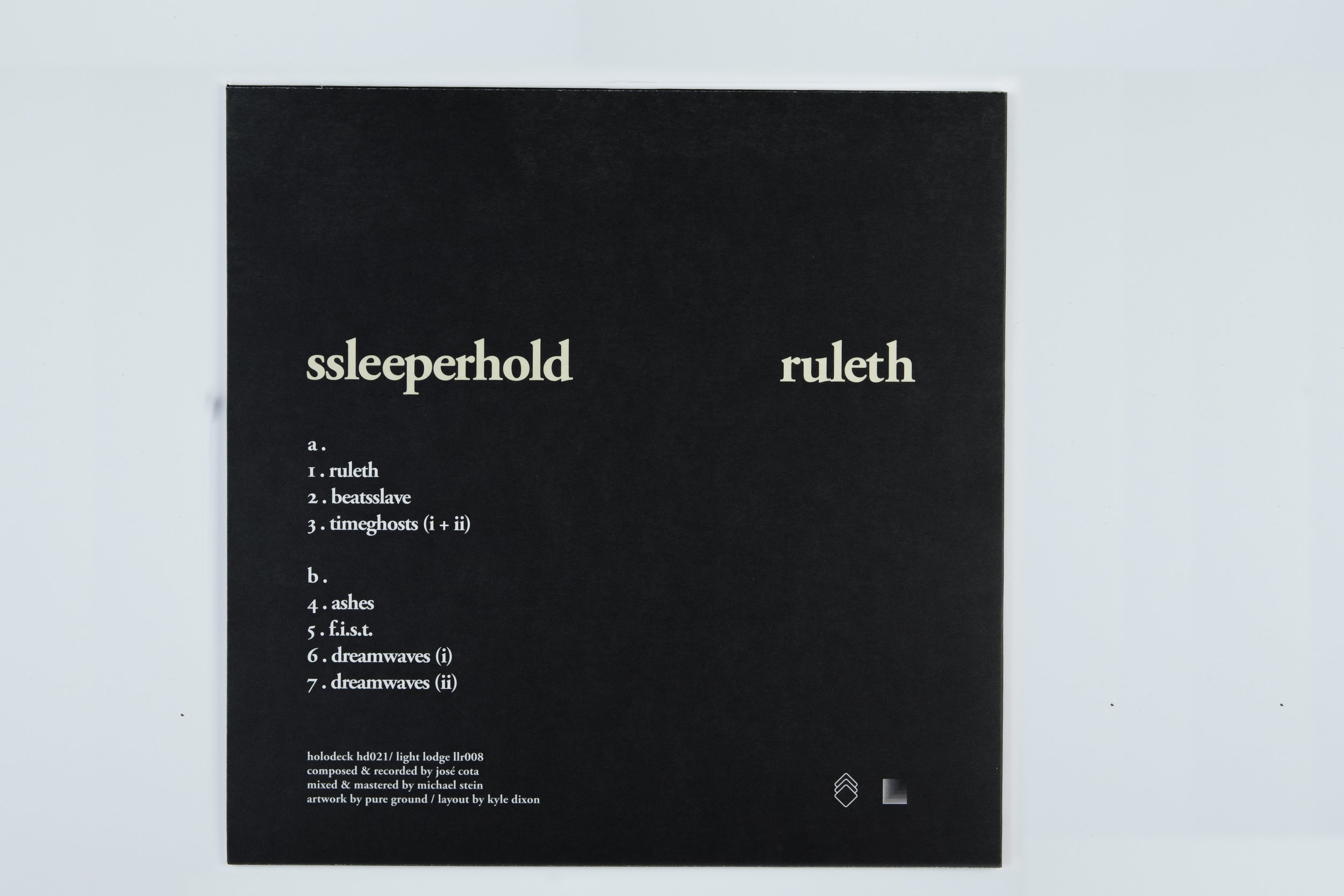 Grinding his way up the ranks of the American underground electronic scene, Los Angeles native and Austin resident José Cota makes his long awaited solo debut as SSLEEPERHOLD. Cota is best known for his work as a member of the now defunct Medio Mutante, whose 2008 12" Inestable (released on Minimal Wave sub label Cititrax), gave the band a well deserved cult following. Medio's contemporary take on classic minimal synth music through the use of analog hardware became a powerful and bold statement amidst the modern resurgence of electronic music. Now as a solo artist, SSLEEPERHOLD introduces a fresh and heavy approach to synth based composition. Ruleth proclaims its unique voice through immense bass lines and brutal percussion punctuated by invasions of tape manipulation and the sounds of buckling steel.

After the dust had settled from the dissipation of Medio Mutante, Cota was left to collect himself artistically. SSLEEPERHOLD is the result of a distinct effort to establish a new plateau of inward focus and expression. Drawing on a variety of genres, Ruleth makes an instant connection to dark wave, industrial, and 80's horror scores, but the contemporary forces at work make it difficult to describe the album in such "vintage" terms. Slow and aggressive, Ruleth finds Cota exploring half-time swing rhythms, heavy metal breakdowns, and growling oscillators that creep ever so slightly in and out of tune. Filters gradually pry open to mimic guitar riffs chugging along in drop-D syncopation with the bass lines, while double-pedal kick drums deliver skull pounding accents over complex synth sequences. Busy "dirty south" style high-hat phrasing along with cassette collage and television-static also make up a significant part of the distinct SSLEEPERHOLD lexicon. This is undoubtedly electronic dance music, but one could just as easily be tempted to head bang or free-style.

Ruleth is designed to officially announce the arrival of SSLEEPERHOLD, however this LP also represents overcoming the challenges of going solo and the redemption of finding an authentic style that is both personal and compelling. Leaving behind the baggage of the past, there is a tangible sense of rage and relief, but anger-release-therapy is only part of the story. Besides delivering a healthy dose of destruction, Ruleth proudly displays the fruits of Cota's own intrapersonal endeavors and the culmination of efforts to come into one's own. As the title implies, conquering the darkness within is the one true path to emancipation.